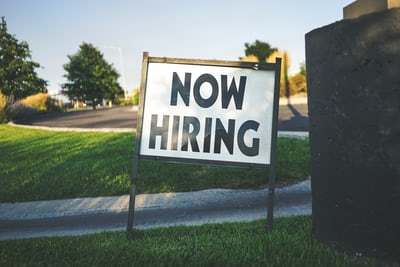 Part Two – A modern police agency must have certain things, a court to which arrested persons are referred to guarantee rights, like Miranda, bond, legal representation, and judgment. Usually, there is some sort of jail or holding cell, and then the offender is transferred to a county-level system. A police department cannot operate without a supportive court system and the will of the city/county elected officials to monitor them. They are, by one definition, the last resort for a community. When a family or some citizens cannot control themselves, the city uses the police. Most importantly, the police are there because the city’s streets, roads, and other delights cannot keep 100% of the people happy.

Why do we have a police agency anyway? Simply, because writing up a city charter with lofty goals and written do’s and don’ts is not sufficient to give the other 99% of the population of any given city protection from the 1% who will try to live by the ancient moral code of, “you are not the boss of me.”

That simple fact should throw cold water on the concept of “defunding” the police and sending in helpful social workers. At least a tiny percentage will act criminally if for no other reason because there is a rule that says they cannot. They will not react well to someone wagging a finger in their face or suggesting that they channel their aggressive tendencies into more socially acceptable behaviors. Experience has taught us that getting old is the only predictable reason for a criminal to stop their behavior. That is because it just gets too hard to deal with the jail, the fines, or family pressure as the mind and body grow older. No prison reform system has been created that successfully “rehabilitates” criminals. That is a sad, but simple fact.

Police agencies were created when the Night Watch system failed. Just leaving a lookout, roaming the city sounds fine, but the reality was that those chosen were drunks, thieves themselves, or tended to sleep all night. A true police agency was not founded until organizational and philosophical procedures were established. The revisionist history theorists want to lump what they call slave catchers in with the night watch. Their goal is disingenuous, it is not to correct history, but to attempt to tie slavery to the foundation of not only policing but America’s early history. That is a factual error. Slave catching was never involved, and should never be associated with Criminal Justice in any way. It does not have a connection to a court system, city charter, or organizational and procedural underpinnings. The “arrested” had no rights, no protection of an attorney, nothing. Typically, when slaves were caught, they got a beating. That too is not part of an organized, professional police agency.

What advocates of a watered-down police approach ask for is accountability and a system that allows the police and courts the discretion to give leniency to some offenders, with honesty on all levels. But accountability and a system that gives leniency to some and not others are self-contradictory. The police feel the same way about accountability – at least those who deserve to wear the uniform do. But this is one place where equality is not well-liked by nice people who see enforcement as something sad for the offender. Holding others accountable often results in sadness which the soft-hearted find troubling. That is a problem with maturity.

What they all miss due to their own inability to think critically, is that those are the organizational guidelines every police agency in America uses now. What confounds those practices are, liberal, contradictory policies; making police jobs a part of union bargaining, allowing political pressure to throttle police investigation of criminality and criminal organizations, and applying utopian thinking to a procedure that deals with imperfect and broken things.

Unions are inherently Marxist/utopian ideas, whereas police agencies are inherently conservative. Police respond when social order has broken down. At best they restore the status quo – they do not reach past status quo and create a perfect or utopian society. That is not in the job description nor is it practical. The only place where near-utopian standards are called for in police agencies is in hiring and in their executive management positions. Good backgrounds are indicators of good future conduct.

Unions always try to lower hiring standards in the name of fairness, equality, and lower salaries. Such liberal and leftist thinking always see police recruitment as a jobs program to either lower salaries or build a voting base. That type of hiring devolves into a low average group of persons in areas like skill, education, ability to communicate, and learn. I have called them “beige” police recruits for years. That practice skews the ability of the hiree to perform a higher level of police performance. Police agencies need education and higher relative intelligence to meet their organizational goals. Dumbing down their hiring policies is backward thinking. They have no vibrancy; they have no willingness to be exceptional or to be people of exemplary conduct. Liberal thinking about hiring in this way always works against the elevation of the overall performance of every public service. If all one thinks they are doing is hiring voters for their political party any upright hominid will do. That sort of hiring will have exactly the same type of effect on hiring social workers or whatever discipline of substitute for police officers is chosen, with the same outcome.