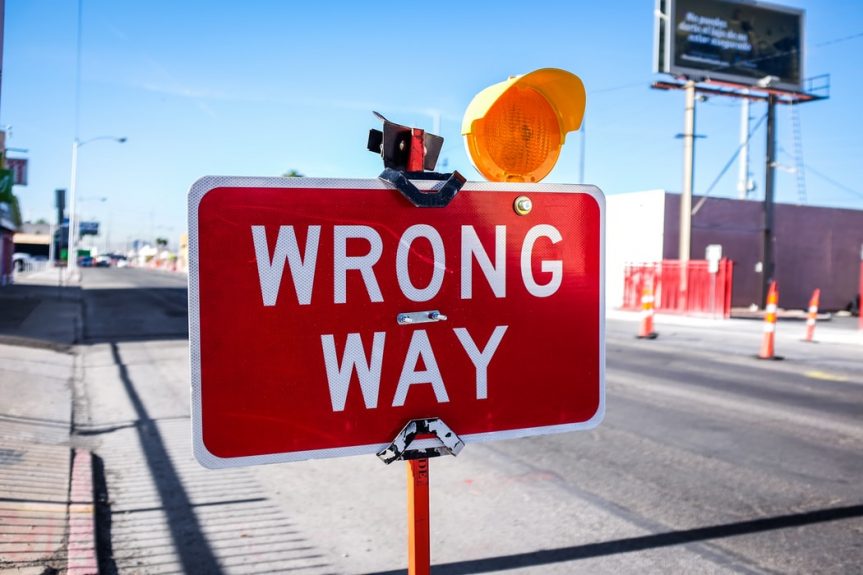 This week, we relaunched the websites and blog posts based on my book, Looking Backward, Forward. It is about the current climate of overreaching government control and congressional behavior that has characterized much of the 21st century. In it, I discuss a behavioral disorder called Adult Arrested Adolescence (TriA) that many people have developed. It is threatening the sovereignty of the United States and affects many areas of life. TriA’s think poorly because they have been taught to think with feelings or emotions. That is first-tier thinking, where first impressions, happy thoughts, and colorful images delight the senses. It is not the second-tier deeper analysis that helps us evaluate the worth of ideas, people, and their schemes. These people went through adolescence without fully maturing, leaving the brain unprepared for adulthood and Critical Thinking. There are reasons why that happens and you will enjoy reading about them.

Since I substitute teach in a high school, I have sometimes discussed critical thinking in my classes. Every year, I get a freshman who puffs up and complains they do not want to be critical. They do not want to think critically because it isn’t nice. Their thinking is so superficial and they relate it to the political correctness they are taught on television and our culture. Critical thinking is not hate-speech, it is instead the skills you need to evaluate a problem or opportunity and form a judgment or solution. It is necessary for the full development of a young person’s identity and character. People who have so seldom used second-tier thinking in their adolescence, do not develop good critical thinking skills, and they have never developed their brains to do it well. What is worrisome, is that like some language skills, if the brain does not learn them early, it cannot learn them at all.

Remaining a Tri-A means the brain does not develop the “wrinkles” that serve to store memory. By using primarily first-tier thinking skills they are unable to distinguish emotions from thought. The stronger the emotion the more they will stifle their ability to be realistic and distort their views of situations and relationships. It allows them to believe in terms of slogans. They attach deep meaning to slogans like, “love is just a word” and “everything happens for a reason.”  While they perceive these words to mean something important, they mean nothing at all.  They are also able to combine multiple contradictory ideas that seem profound and meaningful. Such an event, almost 120 years ago had an unusual effect on politics and government, leading to the death of many people. It began innocently.

In the latter part of the 19th century, philosophers and scientists were just beginning to study human psychology. Psychotherapy and Sociology were not yet the well-developed areas of study they are today. Their ideas were fascinating and you can imagine the young and well-to-do college children in their coffee houses argued over them constantly. This was the age of Ivan Pavlov, whose experiments with dogs led to the observation that certain stimulus caused dogs to salivate when they were about to be fed. Another scientist of that time, Wilhelm Wundt, now known as the father of experimental psychology, decided that to study human beings, all elements of study must be measurable. In doing so, he threw out any consideration of the soul. That set the stage for experimental psychology to become attractive to social engineers like followers of Marx and Ingles. That set the stage for people hoping to improve and control the population to imagine the human being as a machine. If the right stimulus was added, a predictable reaction would happen.

Meanwhile, a funny thing happened along the road to the betterment of society and the education of its children.  It is remarkable, but it is a fact, that a simple romance novel, Looking Backward: 2000-1887, would be that influential. It was written by Edward Bellamy in 1888 and became the supporting mythology for social programs like socialism and Marxism in the twentieth century. It also played a role in creating the systems responsible for the Arrested TriA.

Edward Bellamy, a new author looking to make a few bucks writing romance novels wrote Looking Backward: 2000-1887. It was nothing more than that, a romance novel. The primary character was in love but experimented in many things including time travel. He put himself in a deep coma in 1887 and was not found in his special laboratory until the year 2000. An influential scientist found him and showed him a Utopian society. His true love was now dead, but her granddaughter was by then about the same age as when he went to sleep. That inter-generational love is the rest of the story.

What the readers read into it were the descriptions of how the society worked. While it was seemingly perfect, the book did not describe any real way to achieve those goals other than simple phrases like, “We worked together.” Bellamy despised socialism, so he called this new form of government nationalism. But the hundreds of young socialist-minded theorists who talked about politics in coffeehouses thought they saw more. Keep in mind this was before even the First World War. The world had not seen the results of socialism run wild.

The rest is history. Although there were no methods described to achieve this society, the budding Socialists needed none. Many German and Russian theorists were creating theories and having fun debating them. Marx and Ingles were still writing letters, articles, and the two-volume Das Kapital about that time. Bellamy’s book led to the creation of over 200 Nationalist clubs throughout Europe. These clubs were mostly college clubs for young, pampered, boys and girls whose brains had not finished growing. They were able to connect many contradictory ideas to support 200 Nationalist Clubs around Europe. A surprising number of influential young people found themselves still influenced by Bellamy’s book years later. They eventually grew up and took those socialist ideas in the place of “nationalist” into their new careers. The most striking is John Dewey, the so-called Father of American Education. He believed in the possibilities of the novel, included the idea that spirituality and the belief in the Bible were useless to educating children. He did think of creating his own religion in one of his writings, but only as a way of controlling the people in a movement.

What we find today, is that an even greater number of these same types of shallow thinkers have been created, either in a huge case of unintended consequences or just as likely by intent. In a headlong pursuit of socialist ideals, Socialism is still popular with our youth. At the same time, the concepts of manipulating people through propaganda found in both Nazi Germany and the Cold War USSR have gone mainstream. The Chinese have used behavioral conditioning (The Manchurian Candidate) and the American CIA (The Men Who Stare at Goats) used mind-altering drugs to interrogate and manipulate their targets. That has not been lost on the United States merchandisers, marketing people or our education professionals. The latter being why we have lost both prayer and the pledge in schools. It is also why parents complain of politically correct indoctrination. Both parents and the ultimate authority found in the Bible, get in the way of modern school indoctrination. Over the last few election cycles, behavioral techniques have been used on the voting public. They reached their height during the 2008 and 2016 elections. A later post will cover that in-depth.

Our schools have been teaching contradictory messages, using top-down centralized control of students to the point they do not think well for themselves. They have been taught to always defer to their teacher, then the principal, or the coach and the administration for questions of final authority. This type of teaching has been going on for years, so neither parents nor students know how to think for themselves. What has been created are young people tailor-made to be street fighters, fuzzy thinkers who not only are behaving that way in our streets, but in every type of business, government, and social service business. There is a lot more to how that change took place, and it almost sounds like I’m describing a single step process. But it is more complicated than that. This is only the fourth blog of at least twenty-five that relate to my book titled, Looking Backward, Forward. It is, I hope obvious that I think we need to move away from the unintended consequences of Bellamy and onward to something better.

What you should not do is assume this is a blanket criticism of all schools. There are some good ones. More importantly, the values and ethics of many teachers have not changed. Sure, there are some agendized teachers. But the majority of teachers and school professionals are just that professional. But, government guidelines, forced down their throats by the Teachers Union that is the National Education Agency force schools into some activity that is not helpful. The Michelle Obama school lunch policy stands tall among those not well-liked by the students.

Creating these types of non-thinkers results from forced school attendance, school discipline policies that put children at odds with their teachers, administrations that place students into class ranks, and a culture that no longer values education. So, the school boards and the administration stress discipline over everything – including learning. Therefore, schools are operated increasingly by discipline and rank order. What we have produced is a group of children, not all of them but many, who are groomed to be followers of mass movement tyrants, and community organizers who will use them to achieve their goals. There is a way to upend this policy, but it would be a sea change in how schools are taught – and there are no proven, perfect ways of teaching. Most people imagine some society has a perfect example of education, but the best systems fit the community and the people in it. No one method will ever suit every community.

These blogs will cover the main topics of an almost 400-page book that was published in 2018. Do not buy the current version now. A second edition is coming. The blogs are free, and I hope you will sign up to follow the blog regularly. I will post several to kick things off and then they will come slightly further apart until they arrive once or twice a week. At the same time, I will discuss current topics in light of how they relate to the Adult Arrested Adolescent focused upon Pro-America themes.