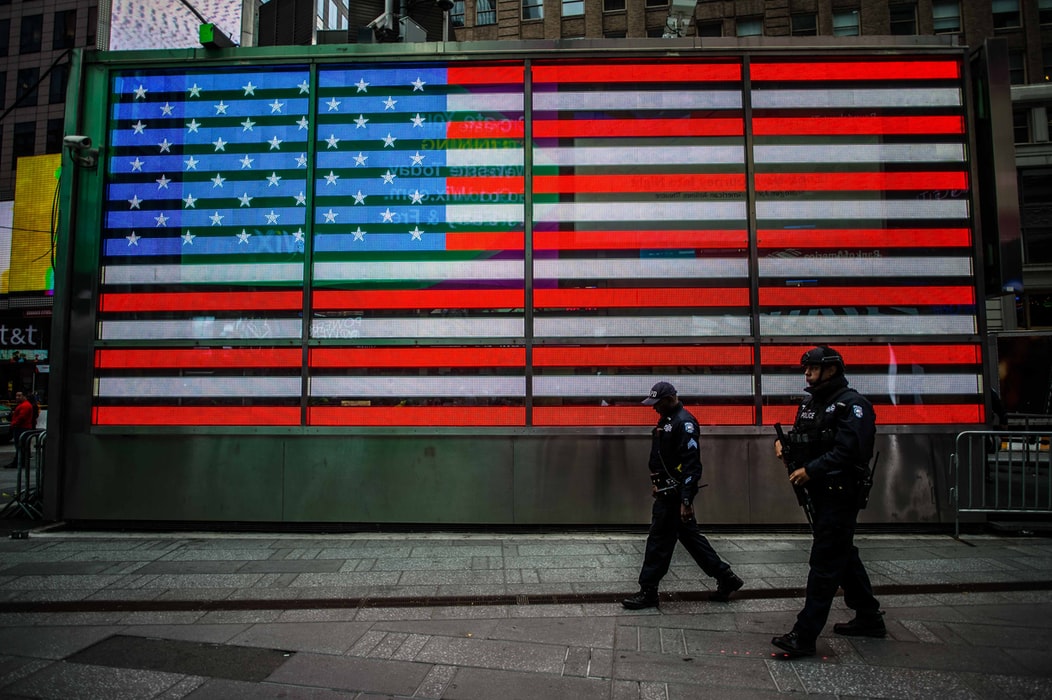 Part Three – We need our police because we know nothing about safety in America is going to change as a result of the recent social unrest. We are not foolish enough to think all this horror in American cities will have a positive outcome.

We have seen riots before, they do not really work well. Mr. Obama says these riots are not like those of the ’60s and ’70s. I was there in uniform then, and while what the protests are different, the lives that are being disadvantaged if not destroyed are exactly the same. What Obama offers to fix the problem are more agendized public officials and Union labor contracts based on fairness and equality. Those are what caused today’s problem. What the public knows is that protests and rioting, breaking things, and destroying lives cannot work. They do not achieve their goals. They are temporary social upheavals. You cannot create peace by harming a large part of the public – especially those who are offering jobs. What that period did was make society more open to things like abortion, sexual experimentation that led to the AIDS and Hepatitis epidemics, open drug use, and gang violence. That’s what the turmoil of the ’60s and ’70s brought to America; a coarsening of our public. Then the liberty we gave to our people to live below their promise has us holding our noses in many American cities. The police had nothing to do with that, it was the public and weak public officials that dumbed down the penal code and softened their stand on maintaining order.

Good police officers cannot be led by less-than-ideal supervisors with great vision, high personal standards, and advanced training. Even the best police agency is a blunt tool for establishing good public policy. And good public policy starts with making people feel they have opportunities, not that they need help and handouts. Even more important is for the executives of the community to have a real understanding of the police department’s role. It is to make people feel safe. New political candidates, in their naivete of the role of a city leader’s responsibility, cannot do well without training or experience. That role requires a high level of wisdom, maturity, and critical thinking skills. The short answer to what will work best is what we have done before, arresting bad people and sending them to court to be judged. But sometimes we stray into ideas and procedures that seemed good at the time, but now we wonder. Soft courts have made a huge impact on that problem.

Where this has been most obvious is in drug enforcement. Drugs are a difficult issue, but the methodology of ratcheting up the heavy-handedness of drug enforcement, while complicating the prosecution, evidence gathering and adding asset forfeiture processes are an overreach. The use of more and more military-style approaches to defeat drug suppliers scares the public. Officers are not perfect and when they play soldier the do what soldiers do, break things, and kill people. The public sees that as excessive. Especially while the culture, and adolescently minded media figures, including the newly elected city officials, either use or make jokes about drugs. The public sees that and they do not trust it.

The reaction young police officers have to that sort of training is to want to use it to go home at the end of shift. It frustrates police chiefs when officers often forget that they must do their regular jobs while remembering they represent all the public, not just their own goals of being super cops. But politicians love big drug busts. So frequently our people are on the news, sporting more pads than an NFL lineman and scary black weapons. Dealing with the public should not take several layers of bulletproof material. When people respected police officers, and the officers did not think every time they took a call their lives would be threatened, it didn’t. In part, the so-called War on Drugs has made us hyper-vigilant, worried, suspicious, and mildly deranged.

The drug wars have complicated enforcement. It tends to focus on big busts while ignoring the damage to the public trust that comes from military-style engagements. Meanwhile, the profit potential involved in drug supply has outstripped the economy of almost every other commodity on the planet.
Totally lost on those public servants and the public they serve is that any resistance to police authority is an affront to society; a resistance to civilization. It is not just some young person resisting the police they have been taught to disrespect. The kids are really resisting us. In other words, you and I, and the civility we expect from everyone around us. The weak politicians with, wink-wink attitudes toward monied people who they protect, and give special treatment do not make them popular with the working class either. The Rule of Law is just that, a rule, it is not the “best practices” of criminal reorientation.

Well trained police chiefs know that there are several lifetimes of development behind what they do. There are large and small improvements, safeguards, procedures, methods, and scientific approaches already in place that tell officers how to deal with the public on what may be the worst day of their lives.

So, there you have it. More than what the defund police reformers are asking for is already written into the structure of police agencies. Not only that, but it has also been improved over the last almost 200 years. There is a problem, the police have been dumbed down by the very same kind of Adult Arrested Adolescence that the protestors represent. We have been scolded by emotionally frail, agendized adults, who have regressed into childish behavior because of the false ideology of fairness and equality. Their goal amounts to making sure nobody gets their feelings hurt while being arrested. What has not changed is that the protestors have not had a similar improvement in their approach. They still want to break things and kill people. These are not primarily peaceful protests.

The early Dragnet radio and television shows featured Jack Webb in the role of Sergeant Joe Friday. Sgt. Friday, on the occasion an police officer was caught doing criminal things often said, “The only problem we have with getting good police officers is having to choose them from the human race.”
The police career has a cost. But people able to be good police officers recognize their job exposes them to that worst day of the lives of ordinary people. What people do to each other evokes a realness that only those who have done it can appreciate. When social reformers, union interests, and dilettantes try to make the job a neat and clean one, they attack the police, thereby disturbing the civil order you and I expected them to provide in the first case.

People are not animals, and they should not be subjected to social experimenting. Right now there are a lot of “experts” who think people can be behaviorally trained, by developing new types of reality. New types of living spaces, new relationships that depend on groups instead of individual effort. They think people can be controlled by tuning their brains to listen to music and be preoccupied while doing menial work. They can have exercise on bikes with televisions that take them riding in foreign countries, being heroes inside of video games. There is a problem with that. What you see in dozens of movies and television series like Total Recall, Fringe, Terminator, and Lucy are attempts to soften your resistance to living in an alternate reality. Think of how easy people will be to manage if they do not need to visit Italy or the Pyramids. We can show them pictures just like they are there. It is nothing more than what the Romans offered their citizens. Those people worked hard, had few things luxuries, and did not enjoy much freedom in a ridged society. But rather often, the Roman government offered up what they called, “bread and games” or what you may know as Gladiators fighting in arenas; Chariot Races; and Animal Spectaculars. All of these were brutal and uncivilized by modern standards. But they kept the citizens happy enough they would not riot or cause problems. Now our leaders are leaning toward giving us alternate realities to distract them from life’s drudgery. Not a way to improve yourself or incrementally improve your situation. They only want the population distracted and made compliant. It will only be a short step to using powerful, subliminal messages during the games to reinforce compliance in all things. If you think that is silly, ask yourself how many times you have lost track of time on a video game, or social media.

Now come the thinkers. These young skulls are full of new ideas that, because of their total lack of a good education, they think are new. Those kids assume because they have an idea it is better than those developed and polished over decades. They know this, how? Why from watching television and shows that tell them the engine that drives America, capitalism cannot be trusted. That all persons involved in corporations and those corporations are greedy, have no social consciousness, and do not mind trampling the little guy with their hob-nailed boots. They know this stuff because it has been spoon-fed them by the very people who plan to control them using those tropes.

People need police not because 99% are dangerous as the top tier elitists fear, but because for a thousand different reasons, 1 or 2% of the population does not work and play well with others. Those are the very people you see burning down cities across the nation. Do you really think that type of person gets a gold watch and retires to the suburbs after their goofy ideas about no police are met. No, they will decide something else is broken. They may decide everything in the suburbs should belong to them or be destroyed. In fact, they have already said that. They are the people who disobey rules simply because there are rules.

There is another fact that the genral public understands. We have seen it in recent polls. Some 80 of all social strata of people think the police need to stay right where they are – maybe made a little stronger. Why is that? Because we have long memories.

This is the last of the three-part series on the police. Something else will come up and when it does, look here for my take on it. Sign up for future announcements, new books and other offers.

Be sure to give us your email so we may reach you with offers, new books, free stuff, and other offers. We will not spam you, promise.